It's been a while, huh. People I didn't keep in touch with that much may have thought I caught COVID and passed away. Unfortunately that's not yet an option for me. Worse yet, I skimmed through this good ol' blog and realized how much things have changed. I need to do a diff, in case the future Parkinson me got confused.

Well, as you can see, this blog has changed... nothing at all since 2019! As sloppy as it may sound, I'm quite happy about this. I planned one whole weekend night to upgrade Pelican and this blog in case something's broken, but it turned out not necessary. I just made a fresh Python venv, installed the latest Pelican & dependencies, and boom, it worked smoothly like it used to.

So here's the Theory of Techno-relativity: When you choose the right subset of technology, the development of said technology will seem to slow down to a comfy speed.

And of course, kudos to Pelican devs for maintaining backward compatibility through out all these years, despite active development.

I've had this export EDITOR=vim line in my rc files for like... more than 10 years or so. And yes, I was a die-hard Vim fan who used the HJKL keys for navigation whenever possible. But I'm afraid I have defected to Kakoune during these years.

Kakoune is inspired by Vim, but have very different design philosophies, which I find compelling. I had to change my Vim muscle memory to adapt to Kakoune command paradigms, but it was not that hard and totally worth it.

I talked about my programmable HHKB and TMK in 2019, and that's the first time I set my hands on custom keyboards. Since I'm a normal human being with neglectable will power, I went down that rabbit hole.

If you know slightly anything about custom keyboads, you'll realize I'm a tactile & 40% person. The Tanukis are now my end-game and daily driver. I have my own firmware for the Tanuki built on top of TMK.

The Vortex Core is most reliable and well-built, but it had limited ways to change key mappings, and this is fatal for a 40% keyboard. So I voided my warranty and flashed QMK into it. Now it's a versatile workhorse too.

Awesome is great, but I found something better. Frankly it's that StumpWM I despised in the AwesomeWM blog post. After fiddling with Common Lisp for some time [1], it turned out it was my incompetency that prevented StumpWM from working with its full potential. With the right knowledge, one can make StumpWM work like anything they like, even while the window manager itself is still running.

I liked the AwesomeWM style, so I made an "Awesome Clone" (well, almost) on top of StumpWM by using dot files only. The extendability is infinite.

Yet StumpWM still comes with maybe the worst default key bindings for a tiling window manager.

I havn't had a pet for... I can't really remember how long. One day after I picked up my daughter from kindergarten, I found this little girl lying beside the road. 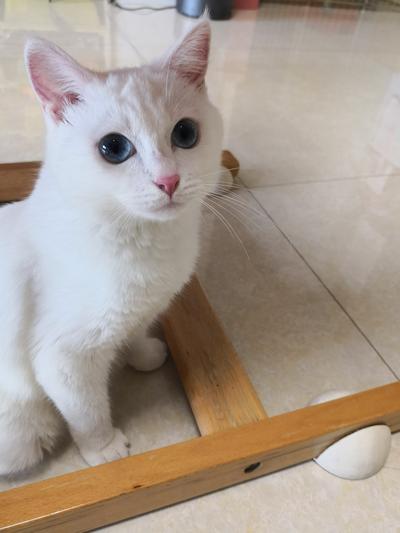 When we approached, she didn't run away. An examination at the vet's revealed that she has two spine fractures just above her pelvis, making her rear limbs paralyzed. We all thought she wouldn't make it, but it turned out she's a tough girl. She's now running around our house with two "hands", living a "ground cat's" life.

The COVID broke out near the end of 2019, and I stopped updating this blog since then. There was chaos and life caught up with me. All I can say is that we all made it through.

Well, there's not much I can say to make me not feel less safe here, haha. This blog switched from Chinese to English even before 2019, because Chinese is now a heavily censored language. It's my mother tougue, but how useful can a language be if it couldn't be spoken freely? I wouldn't give it up, but I don't feel like using it here either.

Nowadays the political atmosphere here in China is like a huge closing clamp. It may crush the economy & society any time, and has become worse and worse ever since a certain dictator's "coronation". This may not affect me directly, but I can't see where the future is going with the current trend.

Now for Something Completely Different

A guy in Shanghai was starving during the COVID lockdown, so he went out to his balcony and yelled, "Xi is an idiot!"

The police came soon after and took him to the prison, where he was offered food and finally stopped being starved.

He enjoyed his starvation-free stay in the prison for one week, and expected himself to be released soon, since the penalty for insulting the chairman was one week of prison time.

"Well," the warden told the guy when queried, "You have a 10-year sentence to serve, for deliberately leaking a state secret."